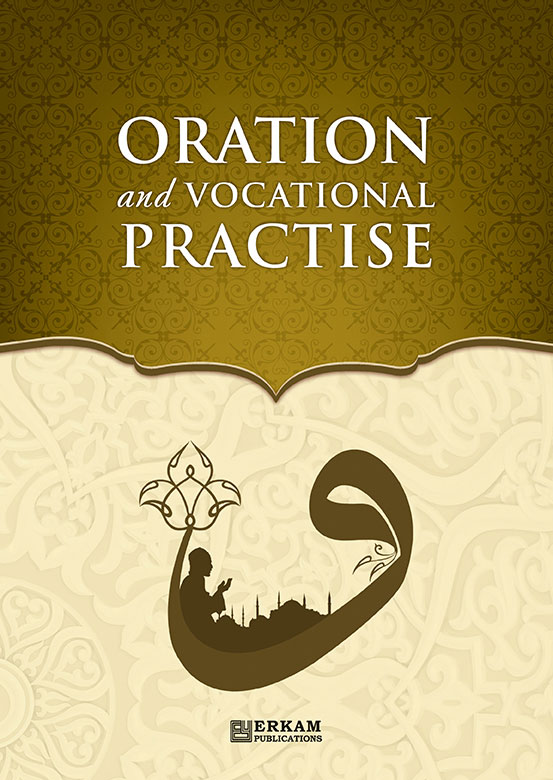 Humans to be understood and see their aim achieved, their ideas diffused and their feelings shared have to be eloquent. The beautiful speech is a necessity. These issues are resolved by the principles of public speaking. The Khitaba (Rhetoric) sign language or oral, serves to inform and persuade people. Thus the Messenger of Allah r anxiously asked this question to the y after his farewell sermon: … And you would be asked about me (on the Day of Resurrection), (now tell me) what would you say? They (the audience) said: We will bear witness that you have conveyed (the message), discharged (the ministry of Prophethood) and given wise (sincere) counsel. He (the narrator) said: He (the Holy Prophet) then raised his forefinger towards the sky and pointing it at the people (said):" O Allah, be witness. 0 Allah, be witness," saying it thrice. Then after Allah U has revealed His message: …This day have those who reject faith given up all hope of your religion: yet fear them not but fear Me. This day have I perfected your religion for you, completed My favour upon you, and have chosen for you Islam as your religion… (s5/v3) This book has for aim to help for a good communication and teach the religious prescription as it has been revealed by our Prophet r. With its method everything will be well understood. The book is composed with koranic and prophetic instruction on the subject.